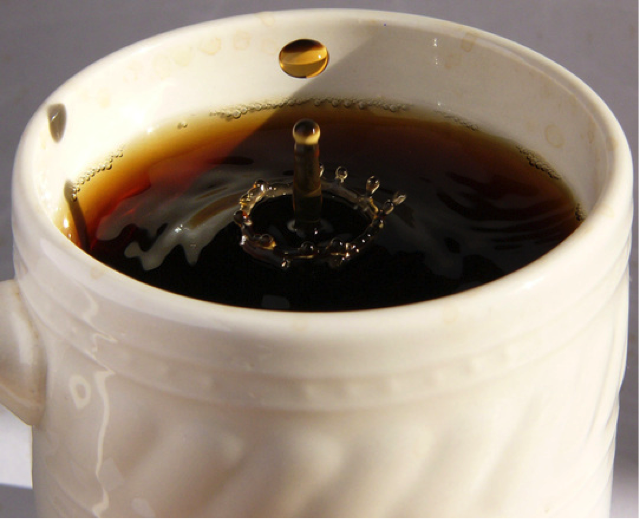 Excellence in a cup.

But does all of that glorious coffee have an impact on your body? More specifically, does coffee stunt your growth? Let’s take a look.

What the Old Wives Say

You have most likely heard the old wives’ tale about coffee stunting your growth. But where did this come from? Is there any truth to it, or was it simply as clever way for parents to get out of having to share their coffee with their children?

According to the Smithsonian, the claim that coffee can stunt your growth came from an advertising campaign in 1933. The ad was for Postum, which was a drink that was created to be an alternative for coffee. They wanted people to drink their product in the mornings, rather than coffee.

What better way to get people to buy your product than to tell them that coffee will harm their children? Apparently their campaign was successful, because parents today are still telling kids that caffeine will keep them short.

But was there any science behind their claims, or was it just advertising genius?

A Harvard study found there is no scientifically valid evidence to suggest that coffee can stunt a person’s growth, so no need to worry about that myth. In fact, some studies may suggest if there was any effect at all, it may enhance growth, at least rat studies concluded that caffeine, like other xanthine phosphodiesterase inhibitors stimulates growth hormone secretion by a direct effect on pituitary cells.

According to the experts at WebMD, there is no scientific evidence to prove that coffee stunts growth. Those same experts claim that certain medications, including some ADHD medications can, in fact, stunt growth, but coffee, namely caffeine, is not on their list of culprits.

For final authority, the people of Akron’s Children’s Hospital state it very clearly that coffee will not stunt your growth.

So, in this case, science proves that the old wives were wrong. There may be other reasons that you don’t want to share your coffee beverage with your child, but you’ll have to scratch, “fear for their height” off the list. This guy worked hard to prove that coffee would stunt someone’s growth – just to keep more of the deliciousness for himself. It didn’t work. Poor guy, he probably needs a cup of joe to feel better.

Although the claim that coffee stunts your growth has proven to be false, this doesn’t mean that coffee has no impact on your body. Just like pretty much everything else in life, there are good and bad things that can come from coffee.

Early studies of the effects of coffee seemed to concentrate on the known fact that coffee is a stimulant. So predictions were made assuming that regularly consuming a stimulant might have some negative side effects.

Here is a list of some of the scientifically supported potentially harmful effects of caffeine:

But – here’s the good news! Here are some other scientifically proven health benefits of coffee:

So there you have it. Coffee won’t make you short, it can make you jittery, but it can also reduce your risk for dementia. You can try it without fear to assess for yourself the affects you experience.

Our personal experience is that the side-effect are generally mild and largely good. This couple chooses to embrace the good stuff of coffee. Will you join them?

So How Much is Too Much?

Since there are both benefits and drawbacks to drinking coffee, it can be hard to know just what to do. The best thing to do is consult the experts. According to the staff at the Mayo Clinic, it is safe to have up to 400 mg of caffeine every day. This is the equivalent of about four cups of brewed coffee.

For some people just the thought of four cups of coffee makes them jittery and keeps them up at night. For others, four cups of coffee is barely enough to get them out the door in the morning. The reality is, caffeine doesn’t affect everyone the same way. The best thing to do is pay attention to your own body. If you are having trouble sleeping, if you are jittery through the day, or if you feel like you are on edge, then you may want to consider cutting back.

Now that you know that coffee will not stunt your growth, and now that parents are finding another creative way to keep their kids away from their coffee stash, you may have some lingering questions on height. This person must have had really tall parents. Or he’s wearing stilts. You can’t really tell, can you? Either way, you can be sure that the amount of coffee he drinks has had absolutely no impact on how tall he actually is.