We recently had the opportunity to travel with our extended family on a trip from Los Angeles to Miami in which we traversed the Panama Canal. Being coffee fanatics, we couldn’t miss the opportunity to visit a number of Central American coffee plantations and cooperatives.

Coffee Bush to Coffee in Your Cup

Producing that great shot of espresso in your cup is a long and labor-intensive process that is also becoming increasingly sophisticated in making sure the coffee tastes just right. One of the more impressive tours we went on was of a coffee cooperative in Costa Rica.

Growing coffee is most economically done at a large scale. This initially led to very large corporations dominating because they could afford the very large plantations necessary to grow the coffee and also the large expenditures on processing and marketing. More interesting to us is the growth of coffee cooperatives. Coffee cooperatives are formed by often large groups of small growers banding together to gain the economies of scale of the large corporations. However, they still maintain critical unique aspects of the individual small growers.

For example, the cooperative that we visited in Costa Rica provided both shared land where individual growers could have their plot on a much larger property and also shared processing equipment and labor where small growers could gain the economies of scale of large growers but still be processing their own unique coffee product (perhaps even grown on the grower’s small plot of land).

These cooperatives operate not only for the growing and processing of the coffee but also to provide financing and marketing resources for the growers. Interestingly, it’s not just the small growers that participate, we also noticed that massive coffee retailers use the co-ops to experiment with new products and new growing methods.

Growing coffee starts and ends with the coffee bean. Coffee beans are initially planted in small, cup size containers where they germinate and produce the first sprout of a coffee bush. 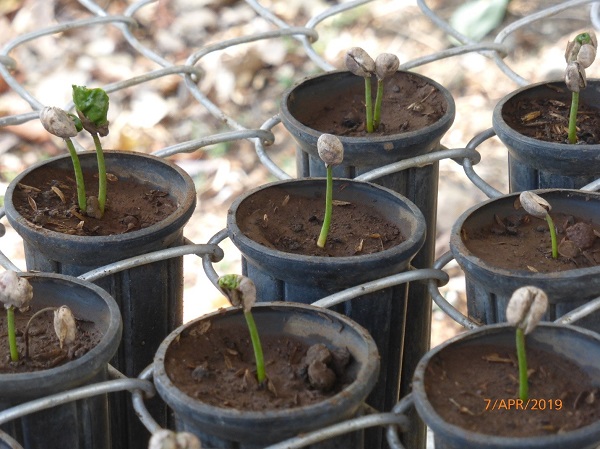 Growing coffee requires a temperate, almost equatorial climate with lots of sun (although the coffee bushes or trees themselves are typically grown under a taller canopy of trees that provide some shade). Along with a reasonable amount of rain, coffee bushes seem to grow best in rich, volcanic soils.

After planting, the coffee plants grow rapidly to a size ready for transplantation. 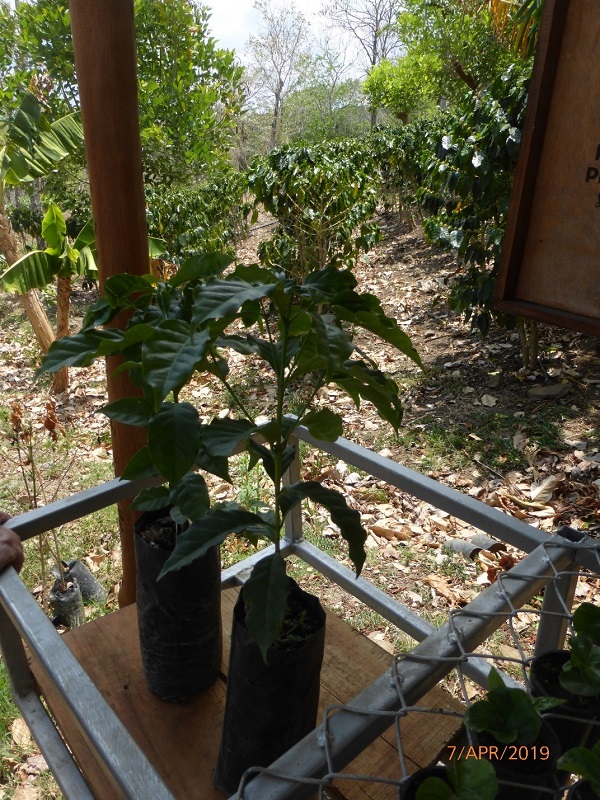 Typically it takes a coffee bush 3 to 5 years to begin producing fruit. It may then stay in its productive phase for 25 or more years. The fruit forms as reddish “cherries” on the plant-each of which has two coffee beans inside. 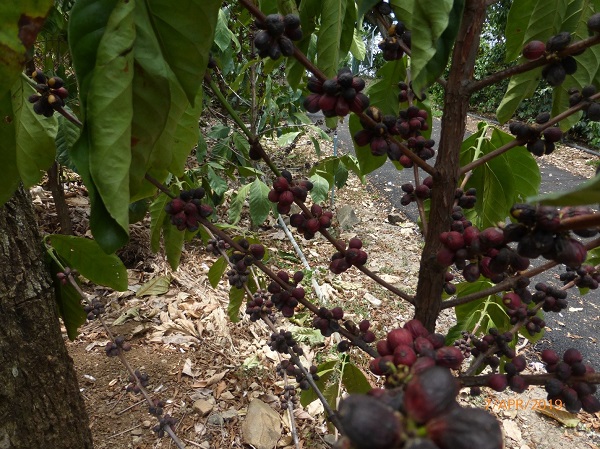 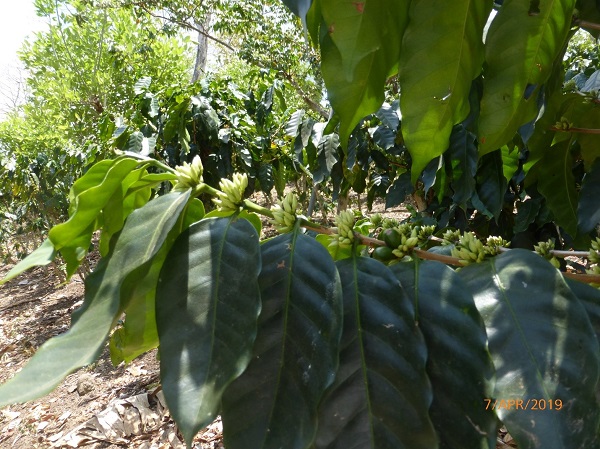 When the cherries are harvested, they are transported to a sorting and separating machine. The cherries then start a long and mechanical process that sorts them by size and density and begins the long process of stripping away the portions that we don’t want in our coffee. Initially the cherries are dumped in a large vat of water and sorted by density-those that float in those that don’t float! Incidentally, this coffee cooperative has virtually no waste. The layers of the coffee cherries that are stripped away are turned into compost (on the Coop’s property) and used to enrich the soil for the coffee bushes.

Moving through several very specialized machines the outer layers of the cherry are progressively removed to get down to the beans. During this whole process, the beans are kept separated by grower, type, quality, etc.

The beans are initially dried by being spread out in a large concrete courtyard (sometimes enhanced by drying machines). They then get more intensely dried in rotating ovens (although not roasted yet) and are moved on to individual storage rooms by grower. 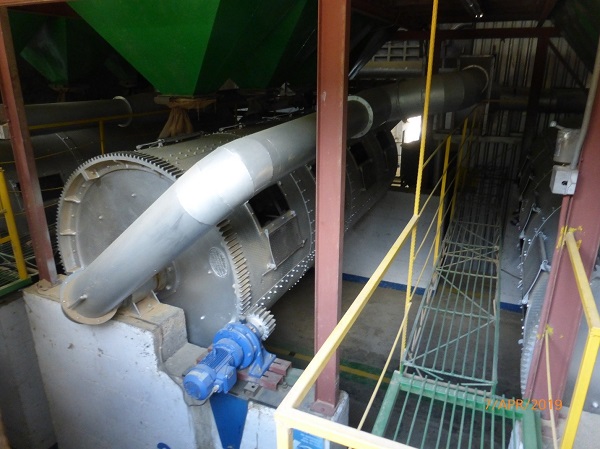 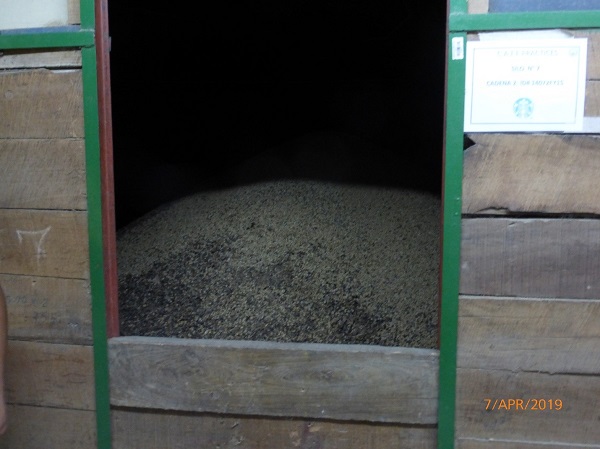 Typically the beans rest for a period of weeks to a few months in the storage rooms and then they are processed and bagged for shipment. At this point in time, a vast majority of the beans have not yet been roasted. The coffee beans will be roasted when they arrive at their destination. 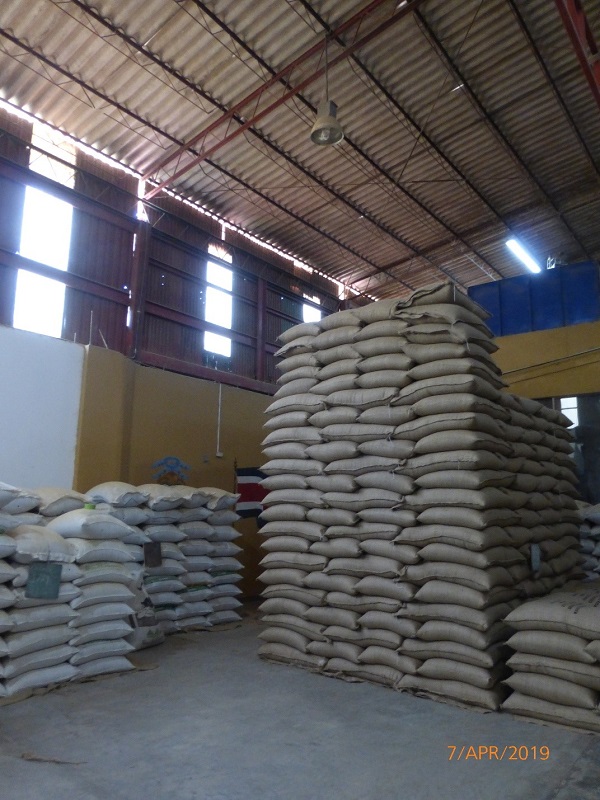 Some beans are roasted as requested in this facility using large hoppers and roasting ovens and coffee roasters. 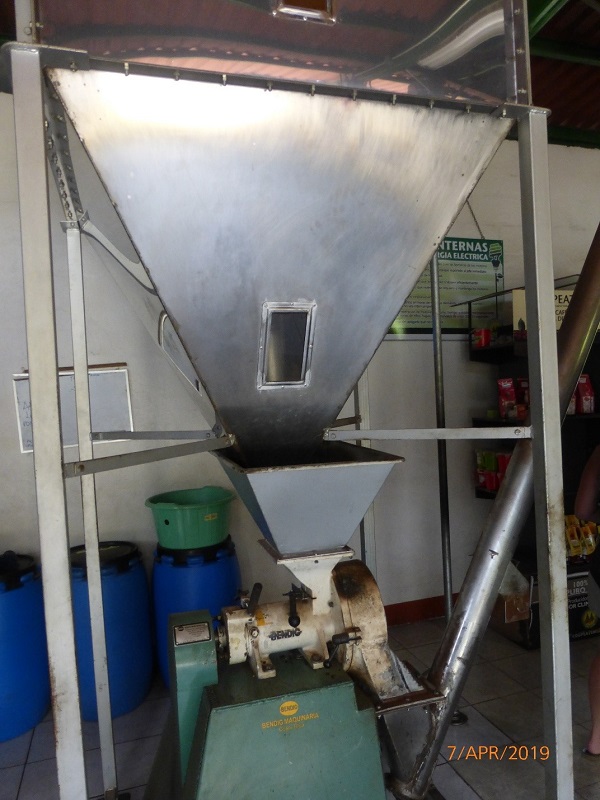 We hope this quick trip through world of growing and processing coffee has been as interesting for you as it is for us. We’ve only brushed the surface in this article. I you have a chance to visit a Coffee Cooperative, we strong suggest you do so. Besides, they will have you sample some wonderful coffee at the end of the tour!